Food Addiction – Wadda You Gonna Do, You Gotta Eat

Food addiction seems very real if you are plagued by it, but most of the world is unsympathetic to this problem. The concept of it being a psychological or medical disorder is controversial, so it would be very easy to give into the frustration and hopelessness you may feel. However, you will be glad to know there is treatment and support out there, and scientific research on this subject is growing.

Unique Addiction with An Emotional Component

Food addiction is rather unique because eating food is a biological necessity, and abstinence is most often a part of substance abuse treatment. However, compulsive over-eating has the same aspects as many other serious addictions including:

The Science and Nutrition Aspects

Foods, such as white flour and sugar, are refined so much that pure substances are obtained much the way drugs are. Unfortunately, these sugar and flour contain little or no nutrition, and the body draws on its own nutritional stores to digest foods that contain them, so you are creating nutritional deficits when your diet is primarily made of these substances.

When you eat something very starchy (simple starches) in the morning, you set up a carbohydrate craving for the rest of the day, one that you have to fight all day to lose weight.

There is also growing scientific evidence that these substances "trigger the same brain receptors that are triggered by addictive drugs," according to a researcher at the Yale Rudd Center for Food Policy and Obesity. Also, food addiction has been found to work on the same "neurobiological highway" as other officially recognized addictions do.

When you work with a therapist to overcome food addiction, he or she will help you to:

Recognizing that you have a problem with food addiction is the first step. Examining the roots of your compulsion through therapy, replacing self-defeating behaviors with healthy alternatives, and being prepared to deal with triggers more effectively, are all ways to gain insight and control over your life. (For more information on counseling, contact Park Center Inc) 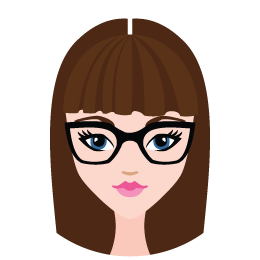